Unfortunately with the advent vehicles using AdBlue we are seeing more and more instances of drivers inadvertently putting AdBlue in diesel fuel tanks.

So, what is AdBlue and what is it for?

When the automotive industry world finally decided that we should do more to protect our environment (thanks to new European Emission Laws) they had to come up with a solution to the problem of messy diesel cars. The crux of the matter is that diesel vehicles generally spit out a lot of nasty gasses – including the dangerous Nitrous Oxide.
Their solution to this was to inject a small amount of urea into the diesel exhaust, thereby causing a chemical reaction which apparently turns the nitrous oxide into water vapour and nitrogen.
This synthetic urea is mixed with deionised water. It was designed by the German Association of the Automotive Industry, and they called it “AdBlue”.
This process is available on newer diesel cars fitted with SCR (selective catalytic reduction). It has also been available for quite some time on HGVs, busses and trucks.

Putting AdBlue in a Diesel Tank

We are finding more and more instances of AdBlue contamination whereby someone has put AdBlue into the diesel tank. This is partly due to people not knowing how to use it (note: it’s not a fuel additive), and partly because the filler neck for diesel and AdBlue are generally right next to each other on the vehicle (we should probably add this to our list of common misfuel excuses). 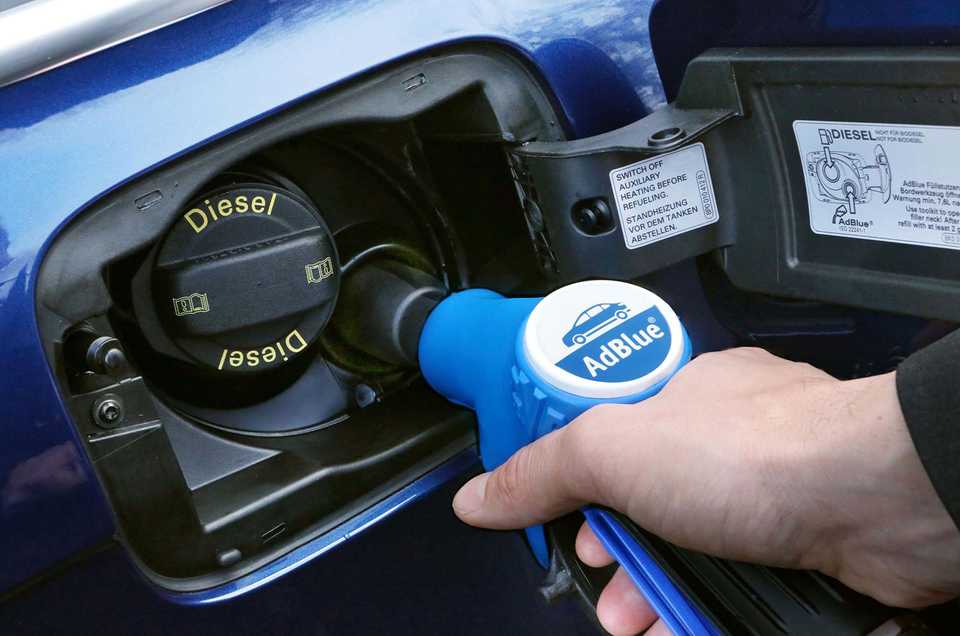 So, what’s the problem with putting AdBlue in your diesel tank?

Well, as the product is predominantly ionised water, it is almost the same as pouring water into your tank. Diesel and water do not mix at all and trying to run a diesel car on water will, well… it’s not going to work.
In addition to this, the urea is also quite corrosive to fuel system pipes and seals. Furthermore it is prone to crystallisation, clogging injectors and fuel filters.

If you have put AdBlue in your fuel tank get it out as soon as possible. And definitely DO NOT start the car – not even to move it to a parking spot. If you have started the car you will likely need to have the entire fuel system flushed and fuel filters replaced.

Give us a call if you are a victim of AdBlue contamination. We can help. As Contaminated Fuel Specialists we are able to deal with all types of AdBlue liquid contamination.