Did you accidently put the wrong fuel in car? Dont worry call us, free consultation and quote. We are here to help you. 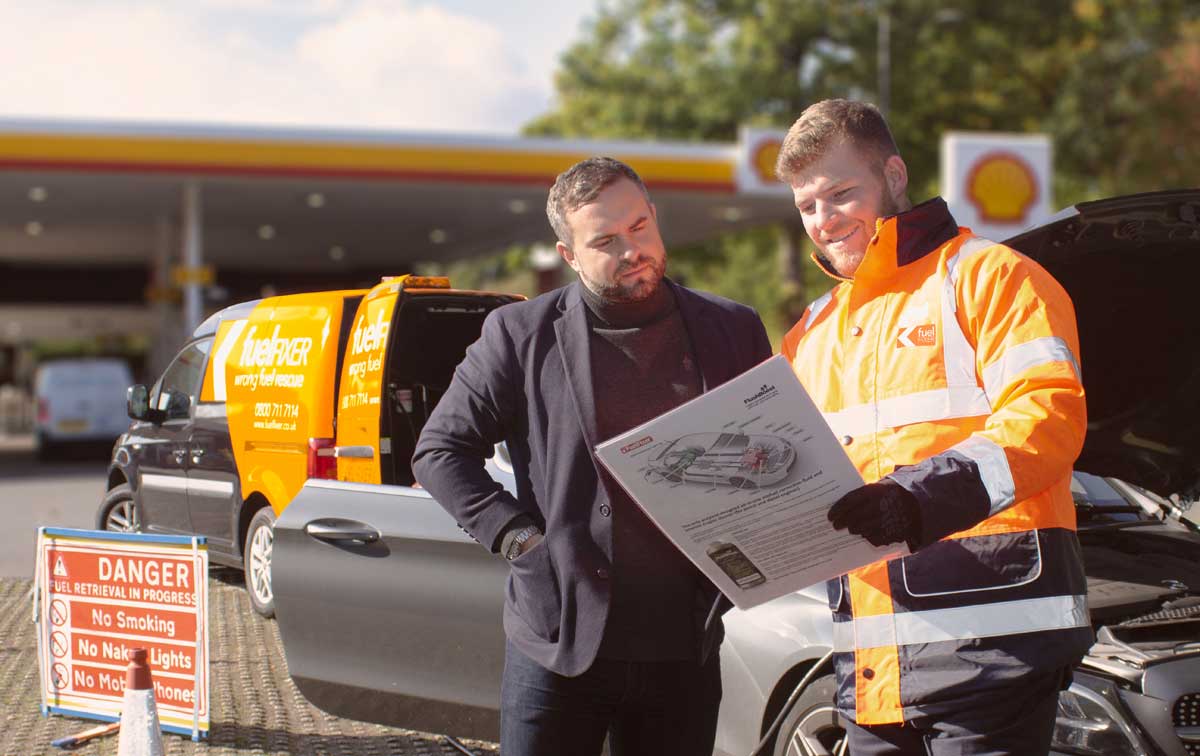 Did you accidently put the wrong fuel in car? Dont worry call us, free consultation and quote. We are here to help you.

Wrong Fuel In Car? Here’s What You Can Do:

If you own a car, you must have experienced a vehicle breakdown at some point in your life. In fact, it is inevitable and several studies suggest tyre puncture as one of the main reasons for the breakdown. Low battery, empty fuel, and accidents also play a key role in vehicle breakdown.

However, most people barely realize that putting the incorrect fuel in the car can cause a breakdown. While two-wheelers use only petrol to run (aside from electric variants), cars use either petrol or diesel. This can lead to confusion regarding which fuel the vehicle is running on, thereby leading to wrong fuelling.

This happens a lot among first-time drivers who aren’t aware of which fuel their car runs on or the language barrier while you’re driving. Unlike other forms of breakdown such as empty fuel, low battery, or a tyre puncture, putting the wrong fuel can cause serious damage to your car.

So, how major is this problem and what can you do, we’ll answer all of that through this post.

The primary issue lies in the engines’ working mechanism. Vehicles that run on diesel uses the fuel to lubricate the engine’s internal parts and this mechanism can cause a major problem. When you fill a diesel engine with petrol, the fuel will gush into the internal system of the vehicle. Since petrol doesn’t have any lubricating capacity, it’ll damage the engine.

Regardless of the possibilities of putting the incorrect fuel in the car, both incidents (diesel in petrol car or petrol in diesel car) can cause damage to the engine.

Diesel in a Petrol Tank 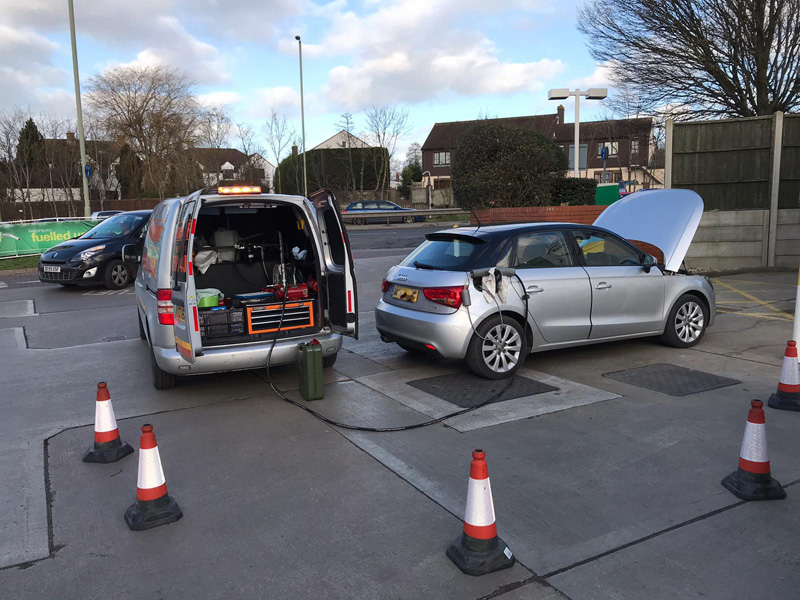 Petrol car tanks tend to have smaller nozzles as compared to diesel cars, and this increases the likelihood of misfuelling to a great extent. However, misfuelling a petrol tank with diesel has very minute chances of causing damage. Unlike diesel that is ignited by getting compressed, petrol is ignited trough a spark caused by the vehicle’s spark plugs.

If you fill your petrol tank with diesel, it’ll clog both the fuel system and the spark plus. As a result, you won’t be able to run your car. 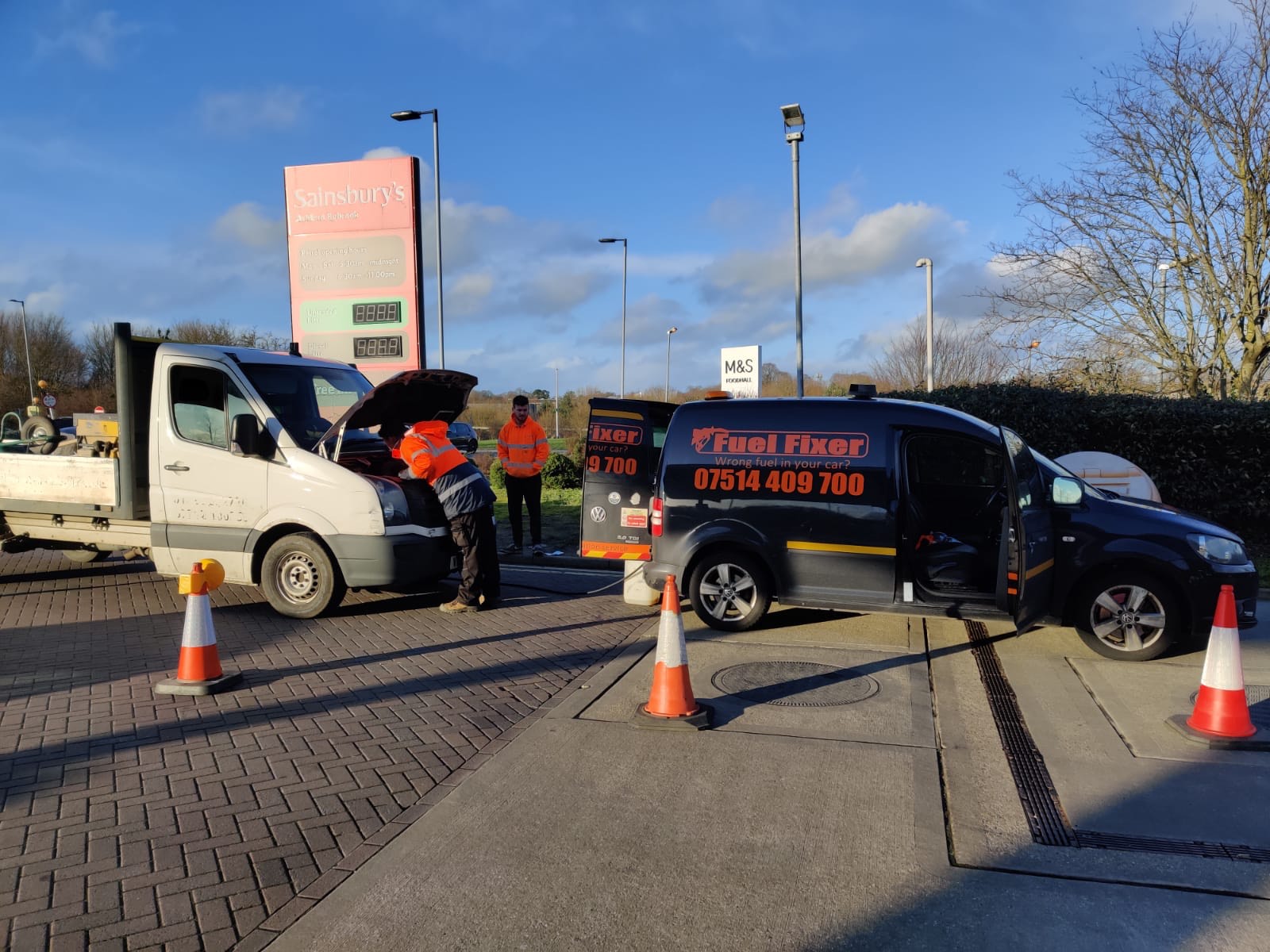 Filling petrol in your diesel tank can severely damage the engine. As the nozzles on the petrol dispensers are smaller, misfuelling a diesel tank becomes a common occurrence. It’s crucial to understand that pouring petrol in a diesel tank has a higher chance of damaging the engine as compared to filling diesel in a petrol engine.

HDI or common diesel rail engines are more likely to be affected by misfuelling. In instances, where the damage is too big, you might need to get a new fuel tank, pipes, filters, fuel pumps, injectors, and in a worst-case scenario, a new engine.

How To Prevent putting the incorrect Fuel?

The obvious way would be to remain attentive at all times. However, it’s easier said than done. Here are some ways to prevent misfuelling:

How To Deal With Misfuelling?

If you have already made the mistake of filling the incorrect fuel in your car, first and foremost, it’s very important to refrain from starting the car. This is because it can deteriorate the engines severely, which further translates to costly repair work. You should instead:

Once you’ve moved your car to a safe place, give us a call at 08000159564 and our team of experts will get you moving right away. No towing costs, no garage bills, we’re available 24/7 and will come to you.

We offer our services across the country. No matter what type of inadvertent contamination error or vehicle, we can fix it right away and fix your problems within an hour of our arrival at the scene.